​
Unless you’ve been living under a rock, you’ve probably seen this ad multiple times already. 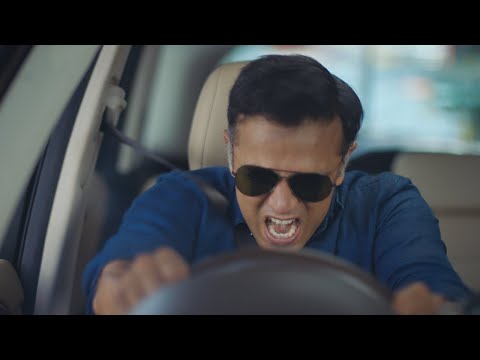 ​
It’s everywhere. It’s being hailed as the most creative ad of the decade. It’s an instant classic, industry experts are claiming.
​
​Subversion of Expectations is a plot device which has been a mainstay of Storytelling for the longest time.
​
Since the first cavemen started telling exaggerated stories of their adventures sitting around a campfire, good storytelling has been the most effective way to engage an audience. People especially love it when the storyteller sets up a narrative in a specific way and then introduces a completely unexpected twist in it. Usually, it takes 95% of the story time to set up a good narrative and leaves only 5% for the twist.

The genius of this ad lies in the fact that Rahul Dravid has already spent his entire sports lifetime setting up the narrative. The narrative being that he never loses his cool. All that the ad had to do was to introduce the twist. The narrative was so powerful that it took just 20 seconds to subvert 20 years of expectations. It seems simple now, but it took a stroke of genius to create this new cultural moment.

Maybe I am overreacting, but I predict that this is an ad that a generation of Indians will talk about for decades.
​​
A big shoutout to Tanmay Bhat and the team of writers and creative people in the Early Man Films behind the ad campaign. Also, to Cred for taking a big risk like this while being in the usually boring financial space, and obviously to Rahul Dravid for agreeing to this.
​
​Cred is going to be an extremely memorable brand for a long time to come.
​​
JP Nagar ka gunda hun main,
Abhilash
​
PS: To all the people who say the ad (and Dravid) are promoting violence, please loosen up a bit. This is The Rahul Dravid we are talking about.